So, you haven’t heard much about her, but Cora is nearly four months old. We started watching her (and her scene-stealing sister) about a month ago when their mommy returned to work. My kids were conveniently spaced 6 years apart, so I did not understand the effort involved in balancing the needs of an independent, boisterous, newly potty-trained nearly 3 year old and a helpless infant. For starters, it was physically exhausting. I had gotten used to the crawling on the floor, chasing and dancing that defined a day with Lo. I had forgotten the never-ending, repetitive cycle of infant care which in the abstract seems like a simple pattern of feeding, changing and sleeping. In reality, it is much harder than that.

Despite my recent history of caring for the infant Lo (and distant memories of my own two babies), Cora and I did not have an easy start. Though I, of course, loved this new and precious being – the tiny she who bears my DNA. Not to be drawing unfair or unflattering comparisons, but newborn Lo and I had instantly bonded. It was the proverbial love at first sight which remains intact today as she states “I need to sit on your lap, Nana, because I wuv you.”

Those first few days with Cora? She cried. Then Lo cried. I tried not to. Cora cried when I changed her, cried when I fed her. When she looked at me, she would frown, her chin would quiver and she would commence full-on wailing. I am not exaggerating. One day she cried so consistently upon my arrival that her mother was late for work. I rocked her, walked her, massaged her belly, sang lullabies, swaddled her. I determined that she would only take her bottle if she could not see me, so I faced her away from me. I became tense at the thought of the long days ahead. I was sure she could sense my fear. My husband and I privately referred to our baby sitting as “another day in the salt mines.” I was further discouraged by her parents’ statement that “she is such a good baby’ and, worse, “she is never like this.”

About to cry, because she saw my face.

If you are waiting for the happy ending, I can tell you this. Cora knew that playing hard to get would pay off. She understood the power of her smile, and was careful about not overdoing it. She allowed me to make mistakes when I misread her cues – she wasn’t hungry, she was sleepy. She wasn’t sleepy, she was hungry. She forced me to be more attentive to her subtleties. I eventually got it and she forgave me. And have been rewarded. Besides once again feeling that this Nana role is the one I was meant for, I have fallen hard for the baby who could hardly stand to look at me. When she takes a bottle, she now stares so intently into my eyes, that I am the one fighting tears. I have the luxury of marveling at her tiny hands – the way she can grasp at objects, and especially the way she can find her thumb, little more than an inch long, and suck on it. The dimples I suspected early on are in full bloom. I know because she smiles a lot now, even when I sing to her. She is a champion talker and we have long, cooing conversations. If I ever had the thought that I could not feel for Cora what I feel for Lo, I was dead wrong. Lo is magnificently herself and our relationship is three years deep. Cora is also magnificently herself. So, thank you, Cora, for allowing me get you know you on your terms and teaching me that I cannot help falling in love again. 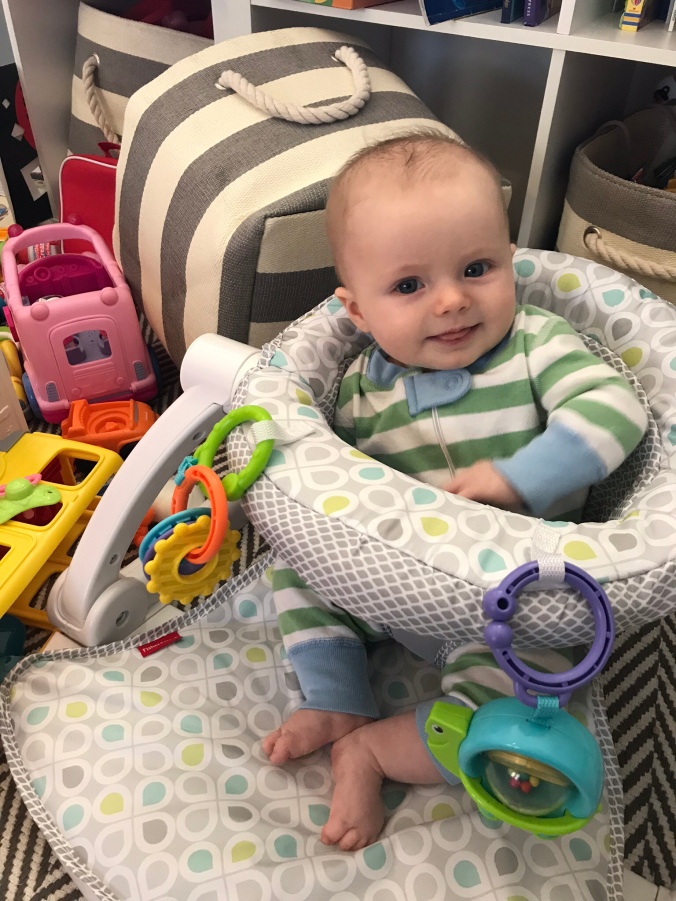 One thought on “Cora teaches me a lesson”